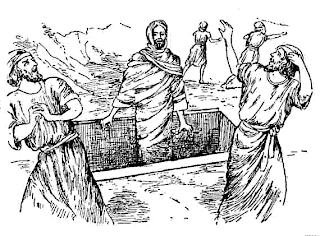 It is endemic to the River branch of Christianity today to not be critical of aberrant teachers, but rather to embrace them. At the very top of the list of aberrant teachers (perhaps heretical) is John Crowder, the man who promotes among other things "toking the Holy Ghost." Crowder also embraces a strange form of necromancy that runs rampant in the "river."

As an example of that unabashed acceptance, here is a recent facebook exchange between David Williams and Bill Johnson:

Williams: So I presume that you and Beni have no issues with the teachings and actions of these (Crowder and Dunn) ministries?

Johnson: We are friends. For us agreement isn't a prerequisite for any friendship. We love them and honor them. Great people.


This is not unlike Johnson's response when he came to the defense of the indefensable Todd Bentley during the Lakeland fiasco.

"Have you spent time with Todd? Do you know him? Have you watched him with his wife? Or have you seen how he treats his kids?...I didn't think so. I have. And I'll continue to support those who I have walked with in life and ministry. He's my friend." -Bill Johnson

So, we can understand that Johnson places a high value on friendship, perhaps higher than putting biblical principals into action. He certainly does not know how to deal with leaven.

In another facebook exchange Dan Carlton asks Bill Johnson about Dunn and Crowder:

Carlton: Why would you entertain two crazy nutters like Ben Dunn and John Crowder?


Sounds like boasting, no? Let's see how the Word of God addresses this:


"Your boasting is not good. Don't you know that a little yeast affects the whole batch of dough?" -1 Corinthians 5:6


You talk about a prophetic word to the church today! Yeah, I'll put a "thus saith the Lord" in front of that scripture. It's found in His Word. He said it.

Bill Johnson has voiced his acceptance of John Crowder. What does Crowder teach? How is that leaven spreading throught Johnson's Bethel School of Supernatural Ministry (BSSM)?

Crowder, kneeling at the grave of Alexander Dowie and speaking to the camera says:


"And we've just come to the grave today to release to you an impartation of healing revival, of city building, restoration city-taking anointing, master-building apostolic anointing, and so we just rip it right out of the ground, we just suck it right off his dead bones, in Jesus name, and loose it to you., a healing-revival-glory-master-building-apostolic anointing glory..."


Other have commented on this, bringing up the shortcomings of Alexander Dowie. Quite frankly, this would be just as wrong if it were the grave of the Apostle Paul. There is no biblical basis for this practice and it leads people into error.

So just how do these "great people," Dunn and Crowder, impact the students at BSSM? 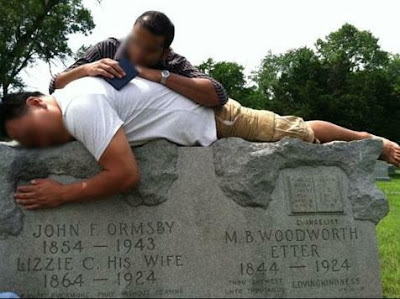 BSSM Students on ministry trip "soaken up the glory" at Maria B Woodworth-Etter's grave. 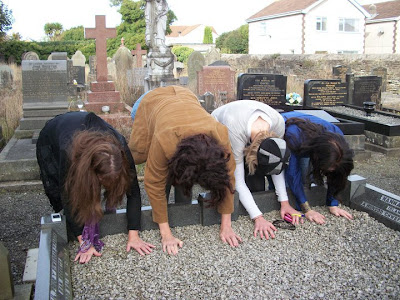 2nd Year BSSM students "sucking up the anointing" at the grave of Evan Roberts. 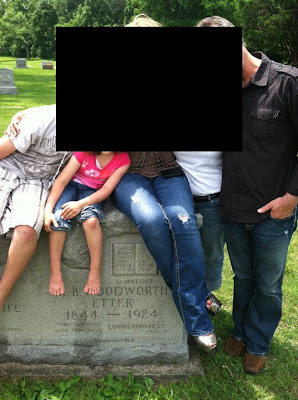 "So today I got impartation from Maria Woodward Etters
grand-daughter and soaked at the grave site..."

Bill Johnson could put a stop to this immediately if he wanted to. And yet he does not. Instead, he has launched an initiative to build "a library/museum called The House of Generals. It will be a place where people can come to see artifacts from past revivals..."

Yes, you too can suck the anointing right off of Kathryn Kuhlman's wedding dress!

Is this ancestor worship? Necromancy? A doctrine of mantle reincarnation? Has Bill Johnson crossed the line from abberancy into heresy?

Johnson can dismiss me as an accuser. I'm simply presenting the evidence. Again, Johnson can put a stop to this now. Or he can enlighten the church now with a credible, biblical explanation of the doctrine of "sucking the anointing off of gravesites."  I'm familiar enough with the story of Elisha's bones (2 Kings 13:21) to know that this is NOT what that was talking about. And if that WAS meant to be instructive, I say to the Johnsonites- "Here's a shovel, now go find a dead man." And report back to the class.

Posted by Followers of Christ at 10:03 PM