"...Bill Johnson, another New Apostolic Reformation (NAR) "apostle" and pastor of Bethel church in Redding, California, says in his book When Heaven Invades Earth, "It has been written into our spiritual DNA to hunger for the impossibilities around us to bow at the name of Jesus."

This mystical statement sounds lofty, but what does it mean? Could the NAR's Kingdom-Now theology be synonymous with this "new" view below, taken from a book (coincidently titled Creating Heaven on Earth) by Asa Wulfe?


We have been used to thinking of ascension in terms of leaving the Earth to enter a higher plane of being or to reach "heaven." But many now feel...that ascension in our time is really about creating Heaven on Earth, right here and now....This process can be started by activating additional strands of DNA-the spiritual DNA.

Exactly how does one "activate" one's spiritual DNA? By an "inner awakening" experience of some kind-such as yoga, centering prayer, reiki, drum circles, trance dancing, eastern meditation, etc. Even professing Christians are being guided by dozens of "prophetic evangelists" who promise (and deliver) techniques for creating "third heaven visions" and "angelic encounters." Grievously, these spirits are too often untested. 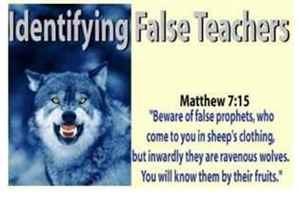 In fact, the pursuit of a tangible manifestation of "God" on earth has become a pre-eminent focus for multitudes of spiritually "hungry" believers who have grown impatient waiting for "the blessed hope." Today, increasing numbers are forsaking our Savior's promise to "catch us up" to be with Him, and are instead determined to forge a "golden calf" religion that promises a false rapture of ecstatic encounters "here and now."..."' Read FULL ARTICLE

Posted by Followers of Christ at 4:19 PM